This afternoon, Meredith students were able to take part in Google’s Computer Science Roadshow where they learned some coding basics alongside Congressman David Young. Students used the coding program called Scratch and learned how to make characters moved and have a dialog through block-based code. 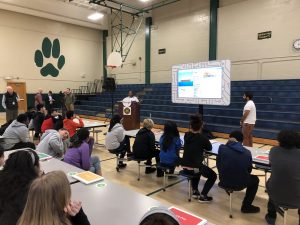 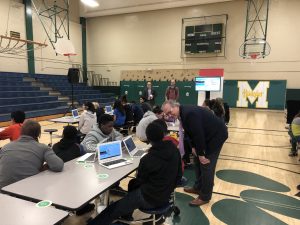